Thank you for your interest in NanoPac. NanoPac was incorporated in 1988 for the purpose of providing affordable high technology solutions to individuals with severe disabilities such as low vision and blindness. Products include electronic magnifiers, Braille devices, software etc.

1987 – CINTEX was developed by Silvio Cianfrone, a vice president of Telex Corporation, as an “off hours project” with equipment donated by Telex Corporation with approval of Steve Jatras (Chairman of the Board) and George Bragg (President). The intent was solely to help a nonverbal, head-injured young man who was a quadriplegic. “David” had not communicated for 6 years. He “spoke” with CINTEX.

1988 – Silvio Cianfrone founded NanoPac to concentrate on further development of CINTEX and distribution of CINTEX to other “Davids”. Steve Jatras and George Bragg continued their support.

1995 – NanoPac acquired SoonerSoft and added a full line of computer products for individuals with low vision or blindness.

1996 – NanoPac receives award from Dragon Systems as the best Premier VAR in the Midwest.

2000 – NanoPac is among the top 10 Optelec low vision distributors in 1999 for best improvement in sales in electronic magnifiers.

2009 – NanoPac passed the 10,000 mark of individuals helped with assistive
technology.

2010 – NanoPac’s Vice President Vince Cianfrone accepts the prestigious LeRoy F. Saunders award from the Oklahoma Council of the Blind in recognition of NanoPac’s lifelong dedication to national, state and local advocacy efforts and employment of individuals who are blind or have low vision.

2011 – NanoPac adds Chris Rose as a Sales Representative for the state of Missouri.

2013 – NanoPac celebrates 25 years since incorporation and serving individuals with disabilities including low vision, blindness and paralysis. NanoPac adds Calvin Churchwell, CLVT, COMS as a Sales Representative for the state of Arkansas and Southern Missouri.

2017 – 30 years since the first assistive technology system was delivered from the NanoPac start up. NanoPac is incorporated in Oklahoma one year later.

2018 – NanoPac received an award from VFO as the best provider of low vision and blindness electronic devices, software and service in the United States. This was based on sales and outstanding service. VFO is the world’s largest developer of electronic devices and software for individuals who have low vision or are blind.

2022 – NanoPac expands Enhanced Vision coverage to all of Missouri and Colorado.

NanoPac completes a state-wide outreach project with the Nebraska Commission for the Blind and Visually Impaired by placing over 300 video magnifiers in local libraries and senior centers. 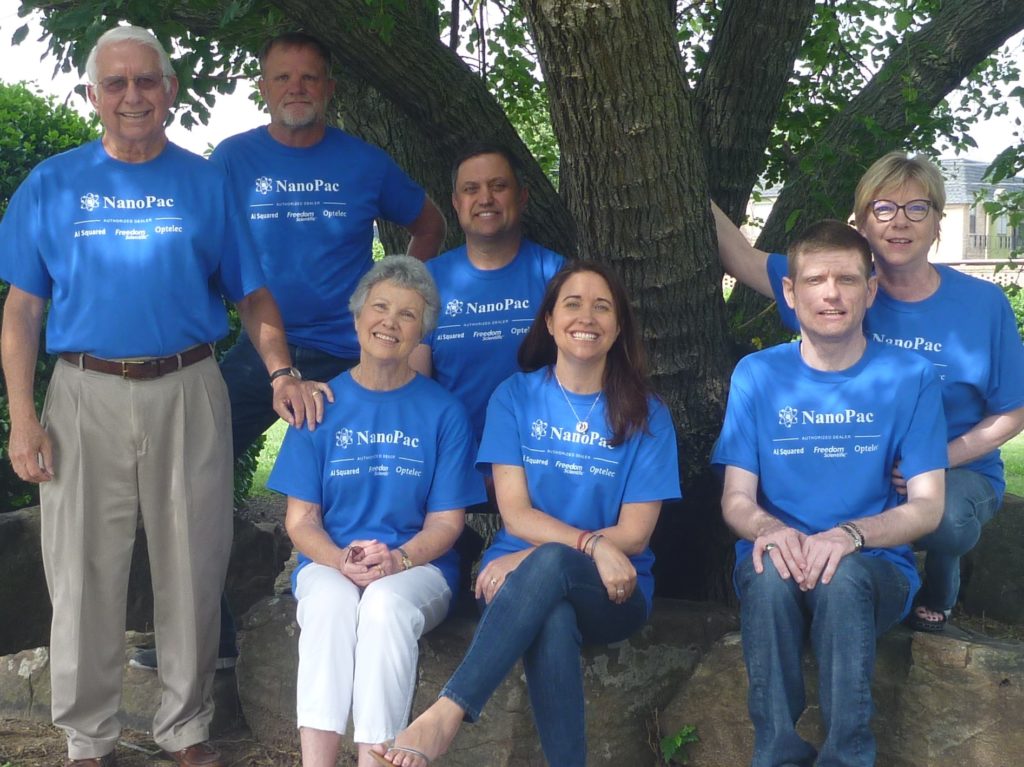